When all the medical doctors couldn't figure out the problem...Chiropractic Worked!

I met Crystal and April in a coffee house when I was brunching with family friends and the mother and daughter jumped up excitedly to greet two people we “just had to meet.” From the relationship between them I assumed that these were also family friends but it was explained that in fact Crystal is their chiropractor. It was hard to tell who was more delighted to see them, the 6 year old daughter or the mother. I left that brief introduction with the impression that they were both lovely people and thought little of the chiropractic relationship.

A few months later, I found myself with repeated back pain and problems with the mobility in my shoulder. I tried intense massage but the therapist told me it was beyond his capabilities and recommended a chiropractor. I was not entirely convinced of the science behind chiropractic care but I am open to trying anything that might help where health is concerned. I remembered the lovely couple from the coffee shop and thought that if I were to be trying something I was not sure about, they were the sort of people I would want to be trying it out with.

On arrival at the practice, April listened to my description of my problem and gave me a form to fill out detailing my pain for Crystal. She also made me a cup of tea and the dogs came over to say hello. I felt like I was in their living room. When I went in for my appointment, Crystal asked me to explain the problem, lay me on my back and in one adjustment fixed the shoulder problem that had plagued me for months. She also put back the rib that was causing the stabbing pain in my back and freed my neck. It was quick, painless and instantly freeing. I found that I did not care about the science if this was the tangible effect.

In order to assess my current state, Crystal had scanned me and the results showed that although I was generally in exceedingly good health, I did have some stressors in the mid point of my back. She casually asked if I had any stomach problems because stressors there often lead to stomach pain. I do not but I was very interested because my 10 year old daughter had for 6 or 7 months been suffering from an unidentified stomach problem which was stumping all diagnosis. At least every other day, sometimes every day, she would feel a stabbing pain in her stomach which caused her to double over in agony for an hour or so until it went away. We tried everything to discover the source: it was not her appendix; it was not allergies as we tested for all of them; I kept a diary of her food intake and activity and the timing of attacks and there was no pattern. All the doctors we consulted were stumped and finally decided that it must be psychosomatic and stress related. This made no sense because it struck at all times - enjoying the July 4th parade, in the middle of a baseball game (which she adores), walking the dog.

I asked Crystal if she would have a look at my daughter and she told me that helping kids was her specialty. I brought all the children, then 10, 8 and 6 and they played with the dogs, drew on the white board, littered the office with the toys provided and then read some of the books. They loved April and Crystal immediately and all insisted on being adjusted. There was great delight in the cuddly toys to hold and amazement at the therapeutic dogs who sat on them “to help” with the adjustment. Sure enough, the scan of my daughter with the stomach problem showed stress at the center of the back, exactly where mine had been. She had spent an hour that day in the nurses’ office asking for pain relief: after her adjustment, she did not need to go back there for a week. That became once every fortnight or so. Attacks are now so infrequent I cannot remember the last one.

Since that initial visit, I have ensured that my whole family visits Crystal and April for wellness adjustments fortnightly. The children are pain free, healthy and hardy. It is hubris to believe that we currently understand everything about the interconnectedness of the workings of the human body. People have asked me why I visit a chiropractor when the scientific community is so skeptical about chiropractic care. The answer is in the results. We go to doctors to ease pains that we have in our bodies and our feeling that the body is not working as it should. I took my daughter to every doctor conventional medicine suggested and none provided relief for her pain. Since visiting Crystal, she is symptom free and healthy. We all leave her office feeling better and without that feeling of being out of balance. What more can I ask for?

As for Crystal and April, every now and again I have a party at my house for all the extraordinary women I know. They are high on that list. 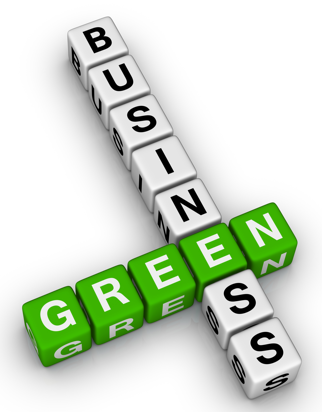